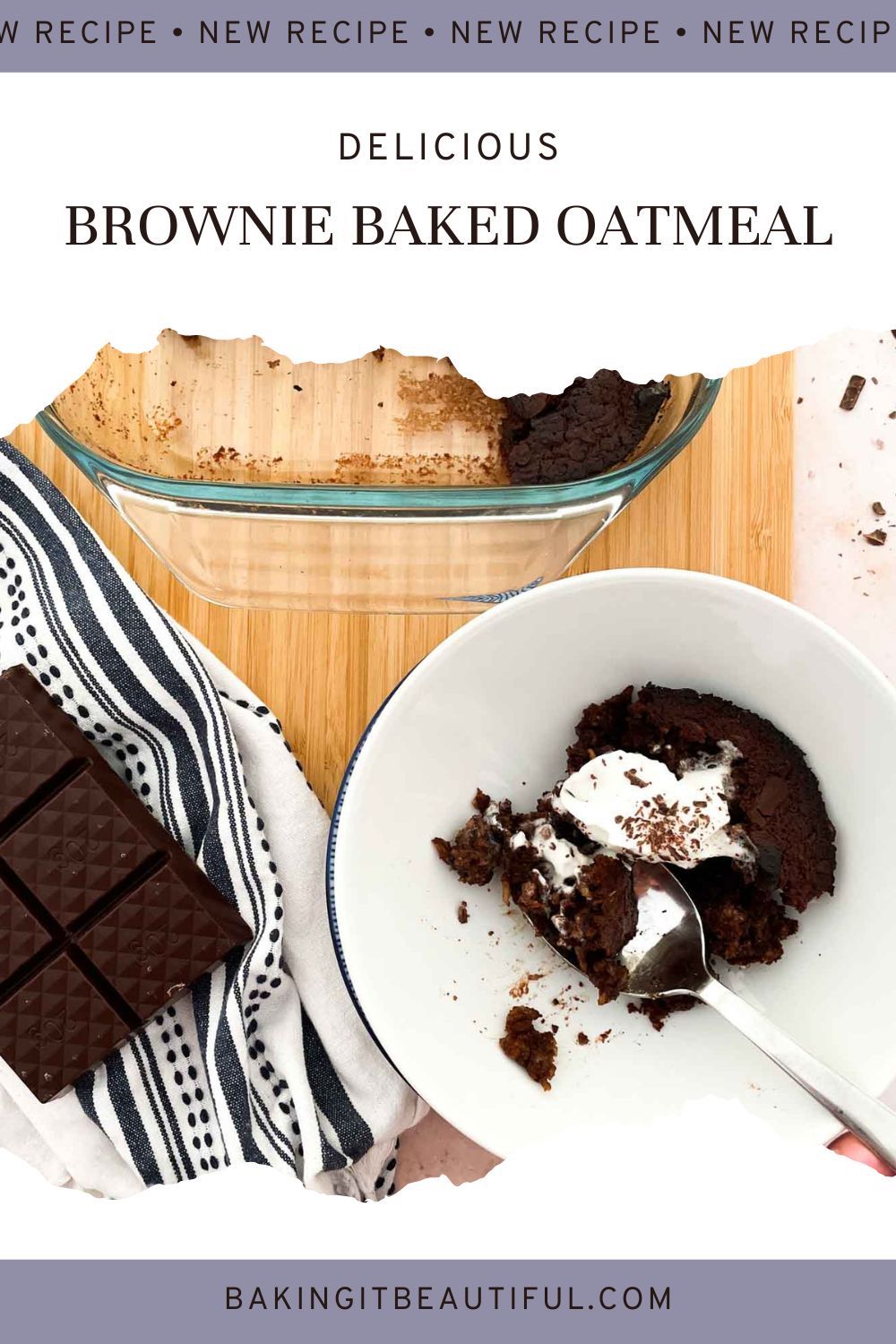 This Brownie Baked Oatmeal sounds like a treat, but it’s a healthy breakfast that the entire family will eat, including all of your picky kids. Not only does it come together quickly, but it can also be used a quick meal prep for the entire week.

Story Behind the Brownie Baked Oatmeal

I love oatmeal. In fact, I went about 2 years straight eating oatmeal for breakfast every day. Every morning, I would exercise and then cook up a bowl of protein oats. Maybe it doesn’t sound good to you, but when you add Offbeat Butters to anything, it automatically becomes gold.

At some point, I couldn’t bring myself to eat another bowl of oatmeal. I just couldn’t eat it anymore. I tried multiple times, but I guess I had just eaten it so much that I got tired of it. Although I couldn’t eat a bowl of protein oats anymore, I could down some baked oatmeal.

In fact, one of my favorite baked oatmeal recipes is this Berry Baked Oatmeal. The combinations of berries and cinnamon not only make your house smell amazing, but it tastes incredible. The Berry Baked Oatmeal is also another great recipe if you are looking for a breakfast to meal prep.

While we were waiting for our visas to Portugal to come, we stayed a month in Virginia with family. It was fun, and we made a lot of great memories. However, I found it difficult not being in my own kitchen. One morning, I just had to have a hot breakfast that wasn’t pancakes. I decided that I would do a baked oatmeal. There was a similar vegan recipe on pinterest that I saw. Since I am not a vegan though, I found a way to make it work for what my family likes.

And let me tell you, my family LOVES this baked oatmeal. Even my pickiest of eaters. I don’t know if it’s my favorite Quaker Oats, the yummy chocolate, or that I let them eat however much they want, but they love it!

You probably already have all the ingredients on hand, so go whip yourself up a batch of Brownie Baked Oatmeal and enjoy a delicious hot breakfast on me.

What type of oats should I use in this recipe?

I always prefer to use Old-Fashioned oats in my cookie and baked good recipes. I think it gives a nice texture and chewiness to each recipe. When they are subbed with instant oats, you will likely wind up with a dryer end product. Keep an eye on the time and check it occasionally as it will probably cook faster.

Is there a certain type of chocolate I should use?

I prefer using semi-sweet chocolate chips in this recipes. However, you can use your favorite chopped up chocolate bar or milk chocolate chips. It would even be tasty with peanut butter chips.

What types of tools do I need to make this recipe?

My brownie baked oatmeal turned out dry, what did I do wrong?

So you either overbaked it or used instant/quick oats. Keep an eye on it while it’s in the oven. It can go really quickly from done to overdone. Also, keep in mind everyone likes their bowl of oatmeal a little different. Some prefer it runny, while others prefer it more cooked. You can take it out when it less firm if that’s the texture you prefer. If it is too dry, I would suggest drizzling a few tablespoons of milk on top of your individual serving, it helps a lot.

Other Recipes You May Enjoy 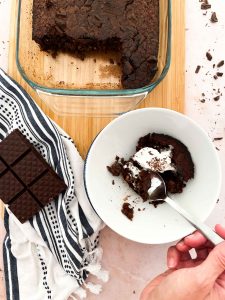 This Brownie Baked Oatmeal sounds like a treat, but it's a healthy breakfast that the entire family will eat, including all of your picky kids. Not only does it come together quickly, but it can also be used a quick meal prep for the entire week.
No ratings yet
Print Recipe Pin Recipe
Prep Time 10 mins
Cook Time 35 mins
Course Breakfast