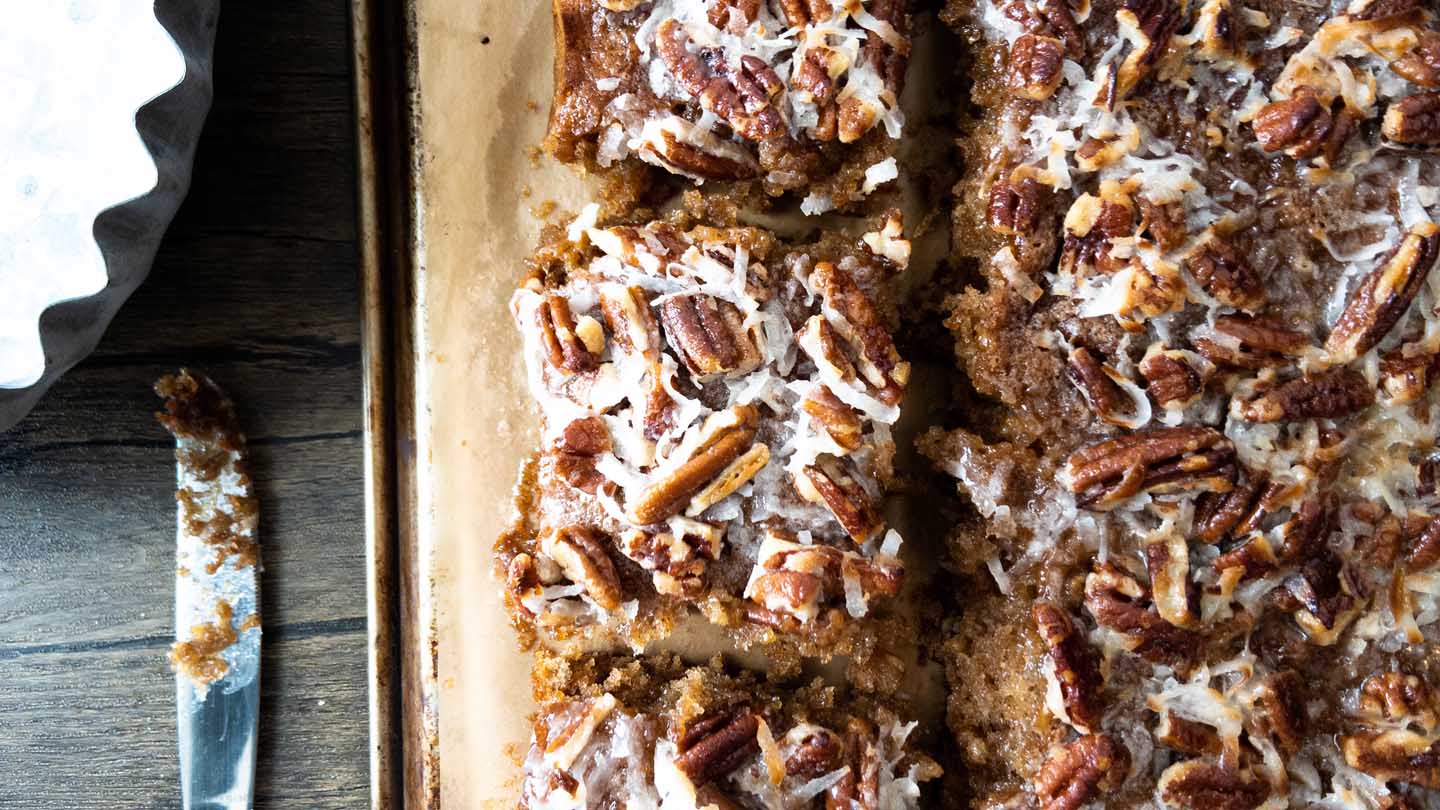 This Old Fashioned Oatmeal Cake will have you dreaming of your grandmother's house. It's light fluffy texture with a crunchy pecan topping is so delightful.

Mom’s Old Fashioned Oatmeal Cake was found in my favorite Christmas present of 2020. My mom made copies of my grandmother’s (who we actually call Mom) recipes. I love this little treasure and being able to see her handwritten recipes. This recipe actually came from one of Mom’s good friends, Diane Long, back in 1962 when my grandparents were living in Manhattan, Kansas.

A year or so ago when I was making an oatmeal cake for a friend, my mom was reminiscing about an old fashioned oatmeal cake that Mom used to make. When I saw the recipe, I immediately knew I needed to make it. I was just expecting a plain oatmeal cake, and thought I would add a browned butter frosting or a caramel glaze. Little did I know, this recipe already came with a topping, and boy is it ah-mazing!

If you’ve never had an oatmeal cake before, you have to try this recipe. The texture of the cake is so light and fluffy. The hint of cinnamon and nutmeg gives it a nice warmth. Once you add the topping of pecans and coconut on top, you get the perfect sweetness and crunch.

I try to give a lot of the desserts away that I make, but this one I could NOT stay out of. I definitely ate more than my fair share of this old fashioned oatmeal cake. Even my husband kept asking if there was more left, and I had to embarrassingly say no more than once.

The great thing about this cake is it is baked in a 9×13 pan and comes together really quickly. The topping may seem like its not enough, but it melts and spreads as you broil it. 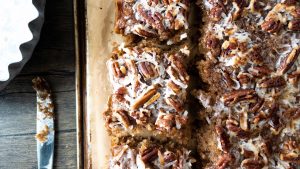 This Old Fashioned Oatmeal Cake will have you dreaming of your grandmother’s house. It’s light fluffy texture with a crunchy pecan topping is so delightful.
5 from 1 vote
Print Recipe
Course Dessert