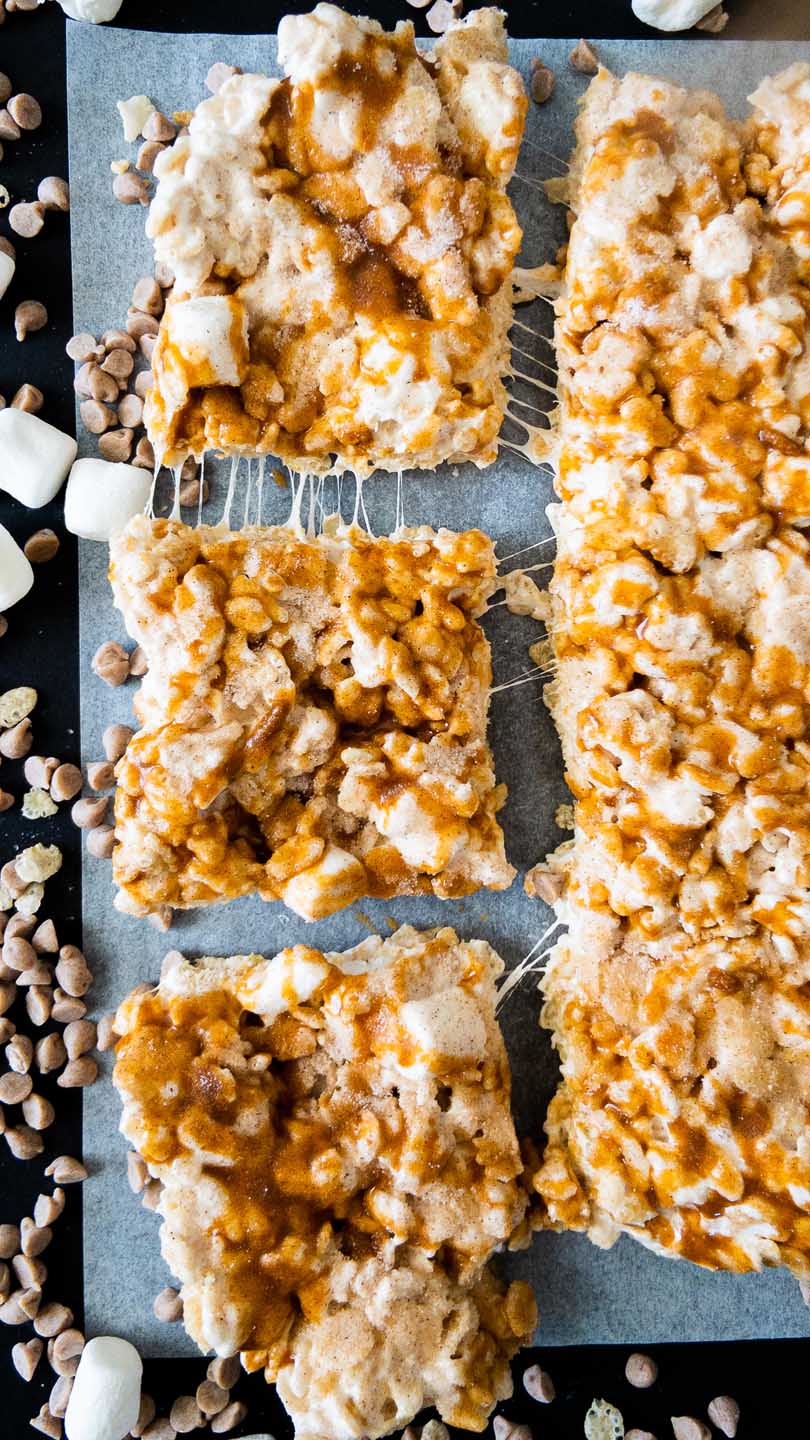 A fun take on a traditional rice krispie. These churro rice krispie treats are everything you need; sweet gooey marshmallow, cereal, and cinnamon sugar.

I love pretty much all treats , especially these churro rice krispie treats. Well, except pie. I don’t LOVE pie. It’s probably my least favorite, but I do enjoy a slice every once in awhile. While I show a lot of cookies, cakes, and cupcakes on here, but no one knows the one treat that that I absolutely cannot stay out of.

I seriously love any type of Rice Krispie treat. Maybe that a little childish, but I love the ooey gooey marshmallows. The chew, the crunch, the sweetness. Have you every had them made with Cocoa Krispies or Fruity Pebbles; those are also fantastic. I love them in Scotcharoo form. Seriously. Give me all the Rice Krispies.

The other day when I spotted my favorite cinnamon churro Smashmallow marshmallows in my pantry, I knew I had to create a Rice Krispie treat with them. I didn’t think that just merely melting those would be enough because I really wanted the cinnamon flavor to come through. I added a cinnamon ganache on top and then sprinkled it all with cinnamon sugar. Oh. My. Goodness. These are incredible. So much cinnamon flavor. And so much marshmallow.

If you don’t feel comfortable making a ganache, this step can be skipped and instead just sprinkle generously with cinnamon sugar. You will still be happy with the outcome!

These are such a great and easy treat to make. I love having a no bake treat on nights where I don’t feel like cooking and the kids are wanting something sweet. Not only do they take 5 minutes to make, but will also give everyone a smile on their face. 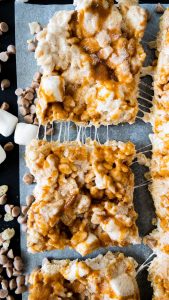 A fun take on a traditional rice krispie. These churro rice krispie treats are everything you need; sweet gooey marshmallow, cereal, and cinnamon sugar.
No ratings yet
Print Recipe Pin Recipe