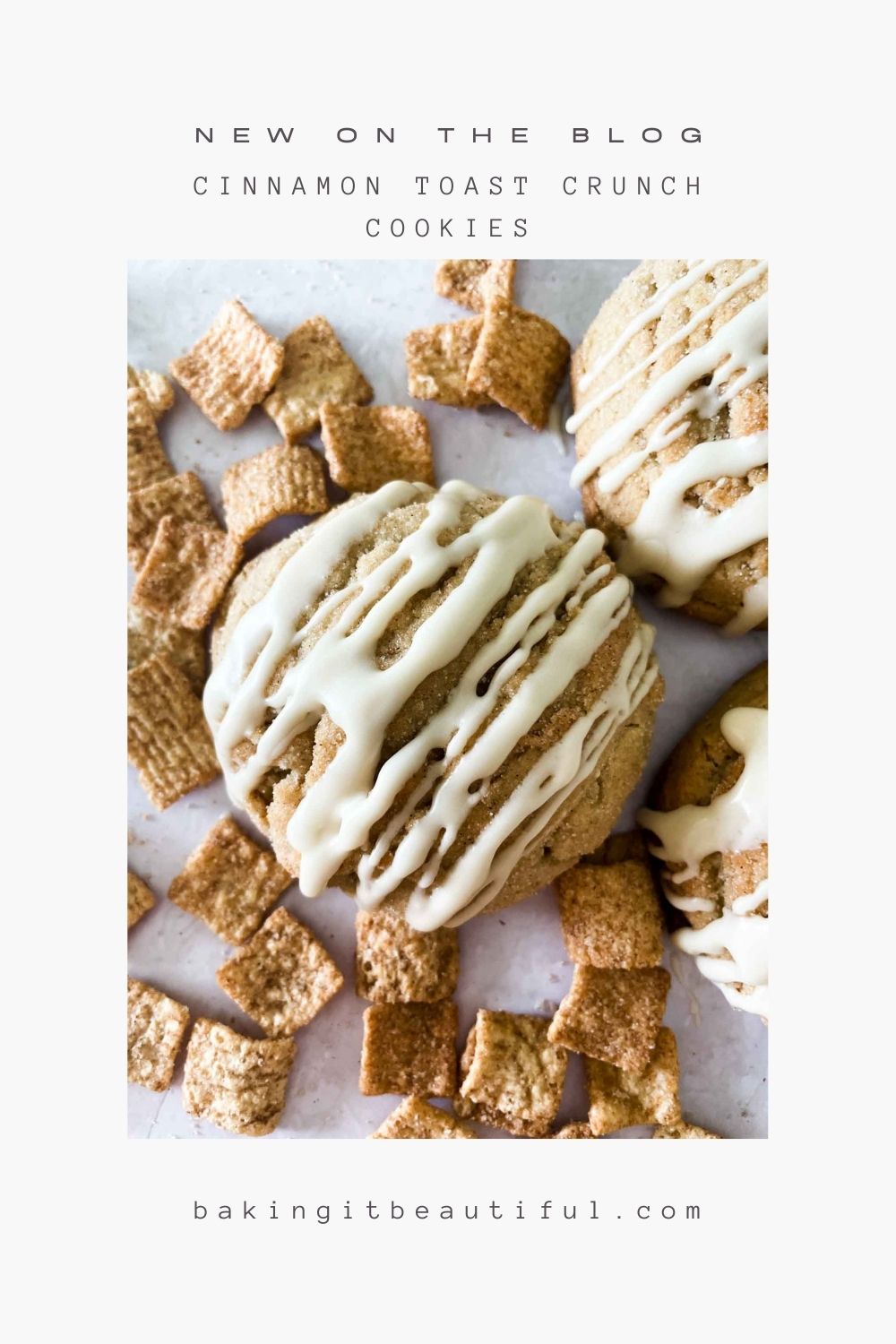 Delicious cinnamon toast crunch cookies that are dripping in a maple glaze. These are sure to please any cereal lover.

I’m a sucker for Cinnamon Toast Crunch cereal. In my honest opinion, it is hands down the BEST cereal there is. One it doesn’t hurt the roof of your mouth like several other cereals do. I’m looking at your Cap’n Crunch. Secondly, it’s got delicious flavor. I even love munching on it plain or sticking it on top of a yogurt parfait.

Crumbl likes to make cookies with cereal. In fact, I think they had a cereal week a while ago where all of the cookie flavors were based on cereal. There was a Cinnamon Toast Crunch inspired one, but it only had cereal on top.

I was inspired to make a Cinnamon Toast Crunch cookie that had the cereal inside the cookie, instead of a decoration on top.

I quickly found out that there was good reason it was only on top. Cinnamon Toast Crunch becomes really weird when left in chunks and then baked. It becomes crisp and chewy all at the same time. So instead of giving you guys a recipe that’s disgusting, I got to work and finally nailed it. You’ll love this. I gave these to a friend on her birthday not knowing that he favorite cookie was a snickerdoodle.

While I’m not claiming these to be a snickerdoodle, they are similar but more over the top. You won’t be disappointed. Promise.

Is a high powered blender necessary?

Usually I would say you could get around without using it. However, the cereal needs to be as fine as possible. Any big chunks of cereal become disgustingly chewy. I think a food processor would be the next best option.

They are delicious with or without the glaze. However, I would highly suggest making the glaze because even this not maple lover found it delicious.

Can I use muffins liners?

Yes! I prefer to bake muffins without them, but you can definitely use them.

Can I freeze these?

Absolutely! I would suggest freezing them individually wrapped in plastic wrap and thawing them unwrapped.

How should I store these?

These stay great on the counter for 2-3 days as long as they are covered. 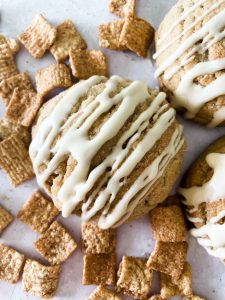 Delicious cinnamon toast crunch cookies that are dripping in a maple glaze. These are sure to please any cereal lover.
No ratings yet
Print Recipe Pin Recipe
Prep Time 10 mins
Cook Time 7 mins
Course Dessert

For Rolling the Dough