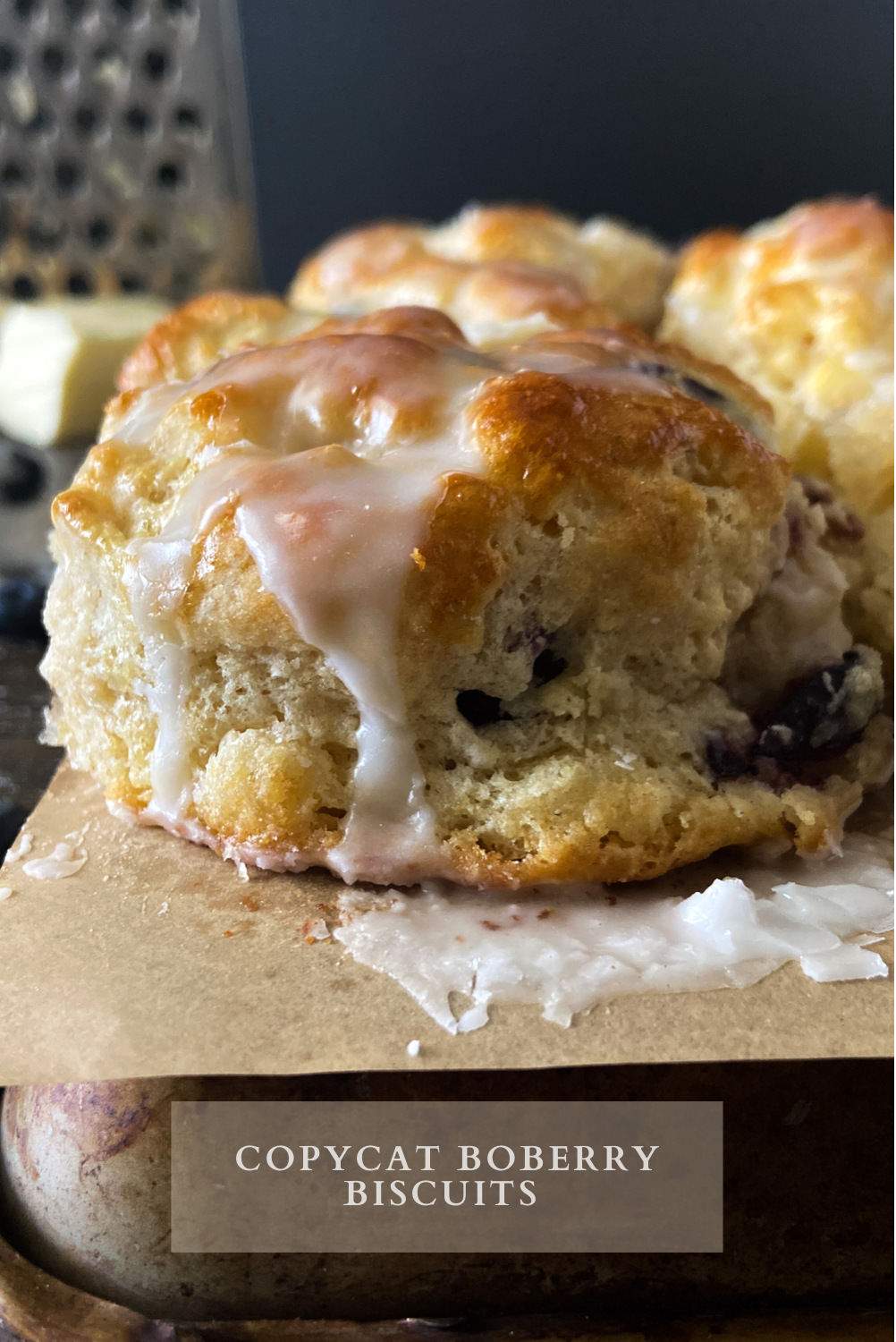 The best Bo-Berry biscuit recipe you will ever find. Light, fluffy biscuits filled with blueberries and covered in a sweet glaze.

The Story Behind Bo-Berry Biscuits

I love a hot Bo-Berry Biscuit from my favorite fast food joint, Bojangles. First, let me give you some background about biscuits.

I grew up in Southern Virginia where the rolling hills are green, the accents are thick, and the biscuits are plentiful. There are several fast food restaurants devoted to serving up fresh, hot buttery biscuits. One of these restaurants, Bojangles to be exact, is our absolute favorite. Not only are the biscuits perfect in every way, but you can also get fried chicken to go with it.

Holy cow! The chicken is just as delicious as the biscuits, but you have to make sure to save room for a Bo-Berry Biscuit.

The food is so good, that it’s almost always our first stop after getting off the plane in North Carolina. Not only is it our first stop, but it’s also our last stop as we head to the airport.

Like I mentioned above, we love the regular biscuits and chicken (did I forget to mention the best honey mustard as well?), but we always leave room for the Bo-Berry Biscuit. It is the same biscuit dough, but this time it is stuffed with blueberries (artificial in this case), and topped with a glaze that drips down and makes a puddle for your biscuit to sit in. Are you salivating, yet?

One thing my siblings and I realized when we came out to Utah for college, was Utah doesn’t do biscuits, and there are definitely no Bo-Berry Biscuits in sight. That’s right. No biscuits. I even had a Freshman roommate that didn’t understand that you can put a piece of fried chicken or a slice of cheese in the middle of a biscuit and eat it for breakfast (or lunch, or dinner). It was a foreign concept to her, and she seemed disgusted by it.

Well, we don’t get back East much these days because traveling with five kids is exhausting and expensive. However, I was craving a delicious Bo-Berry biscuit, and decided I just needed to figure out how to make some!

I split the dough in half and added freeze-dried to one half and fresh to the other.  I was worried about folding in the fresh berries and having them smear all of the dough. I was surprised that they mixed in no problem, but the freeze-dried blueberries started to smear a bit once it hit the moisture of the dough. The end product was pretty much a tie here in our house. I loved the fresh, and the hubs loved the freeze-dried. He is weird with fruit, though, so I don’t totally believe him. I found that the freeze-dried needed a little bit more moisture because you would occasionally get a crunchy piece in your bite.

Instead of just doing a sugary glaze on like the original Bo-Berry biscuit, I gave them a lemon glaze instead. This is money. Seriously, these are so buttery and flakey.

I dropped some off at one of my brother’s houses, and made him taste them in front of me. He took one bite, and immediately went in for another. All he could say was, “yep!” I felt like my job had been done. These are so much fresher than what you can get in a fast food restaurant, but those will still hold a place in my heart and my stomach whenever I get close to them.

Don’t let biscuits intimidate you. These come together really quickly and they’re really hard to mess up. The great thing is you don’t have to wait for these to rise, so they are great for breakfast or a quick side for dinner.

If you love these Bo-Berry Biscuits, then you will die over these other recipes! 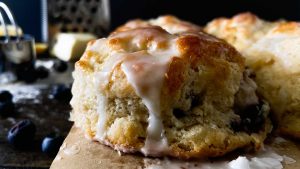 **If you don’t have a pastry cutter, you can use two knives, a food processor, or your two hands!