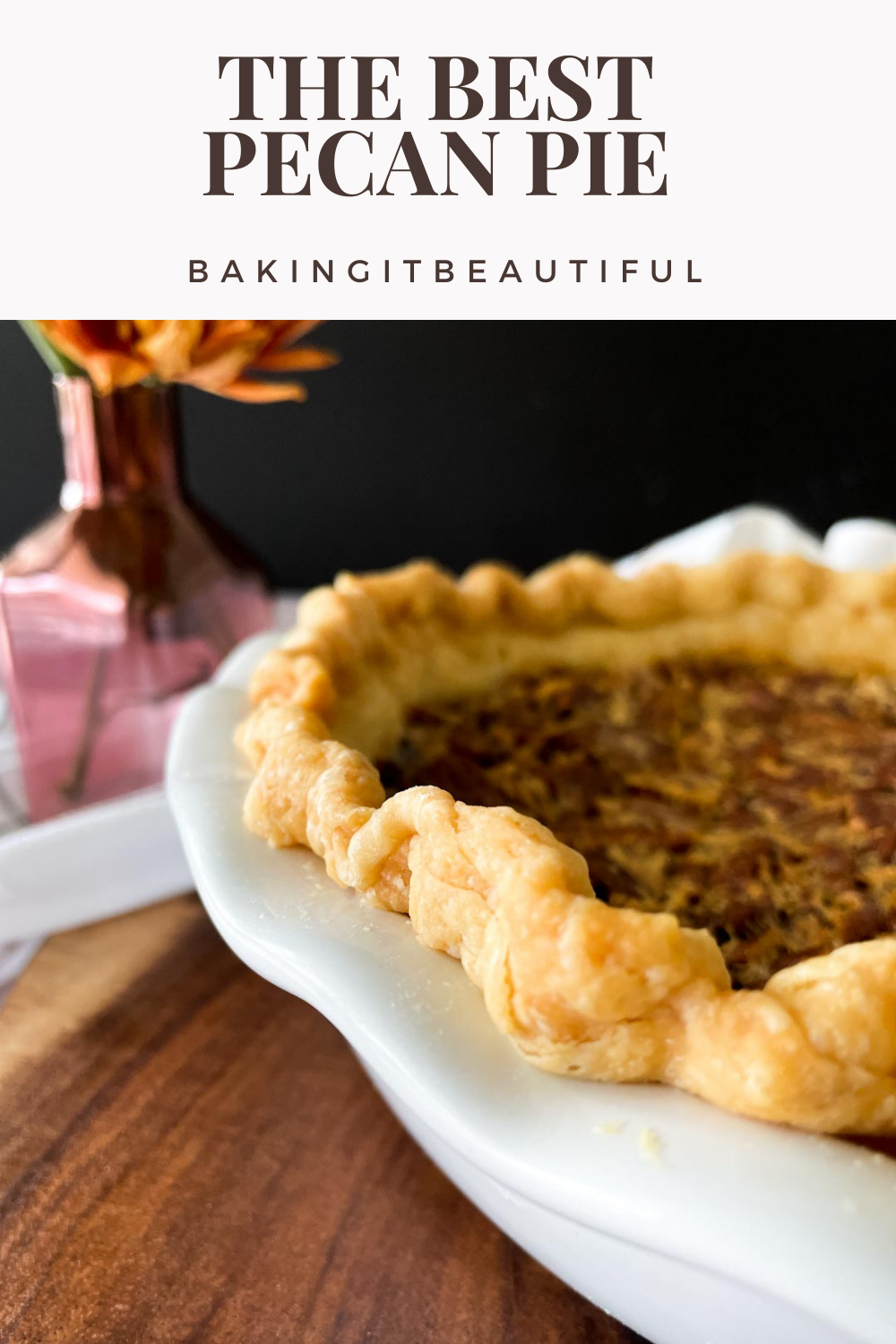 This old fashioned pecan pie is hands down the best pecan pie you'll ever had. This recipe is handed down to me from my grandmother and easy enough for any one to make.

The Story Behind the Recipe

The family I grew up in doesn’t have a lot of showy traditions. The family I married into has a TON of traditions, some of which are super unique. For example, going to Burger King on Martin Luther King Jr. Day is one of their favorites. It’s a little silly, but the kids love the one time a year we hit up that fast food joint. My family’s tradition usually cater around food, especially around Thanksgiving and Christmas. Not to boast, but I think I’ve done a great job at fusing two family’s traditions and even adding a few of our own!

Since before I can remember, my mom has always hosted Thanksgiving dinner. She would start cooking really early in the morning, and we would usually eat around 2pm. Get stuffed. Then around 7pm we’d pull out all of the leftovers and go for round two.

For someone who doesn’t love pie that much, I distinctly remember the pie table. Doesn’t everyone have a pie table at Thanksgiving? I remember there being a bunch of different pies; chocolate silk pie, pumpkin pie, and my favorite – pecan pie. I’m sure there were other pies there as well, but I could never cheat on my grandmother’s pecan pie. When I say it’s the best pecan pie, I mean it.

It’s the best pecan pie because everyone always fought over it. It’s the only pie that I remember there every being multiples of. Seriously, it’s that good. The flakey crust with the sweet filling and crunchy pecans – yes please!

When one of my nieces was born, the best pecan pie had to go to rest for a while because we found out she was severely allergic to nuts. That’s okay because instead, my grandmother would make a brown sugar pie. It’s pretty much a pecan pie without the pecans. Super sweet, but a pretty good replacement, especially if you ask my niece.

F.A.Q.s and Troubleshooting for The Best Pecan Pie

What pie crust should I use?

You can definitely use a store bought pie crust for this pie. In fact, that’s what my grandmother always used. She would always purchase the crimped frozen pie crust in the aluminum pie pan. If you want to use a refrigerated pie dough that you have to place in the pan yourself, that’s fine. However, you will have to add extra dough

Is there a homemade pie crust recipe you recommend?

I have tried several pie crust recipes. I keep coming back to this recipe from A Bountiful Kitchen. It’s flakey and really quick to make. My one tip for making pie crust from scratch through is to sift your flour 2 times. I had a friend in college tell me that is the secret to a great pie crust, so I aways do it. I completely agree that the sifting makes the layers light and crisp.

That’s a lot of corn syrup, is there a substitute?

I know, I know! I agree. I RARELY bake with corn syrup. It’s not my favorite at all, but I would highly suggest NOT substituting corn syrup in this recipe. It’s what makes a pecan pie a pecan pie.

How far in advance can I make this pie?

If you are making this pie for Thanksgiving I would make it at least 1 day in advance, but not more than two. If you live where it’s cold enough, I would even just store it outside in the garage so you don’t take up that precious fridge space.

Can I substitute the pecans?

You sure could try, but then it wouldn’t be a pecan pie.

How should I store this pie?

Covered in the fridge would be the best way to store. If you are low on space because of Thanksgiving prep, then outside in a cold garage could also work well.

If you love this recipe, that you will also love these other recipes of mine that remind me of pie. 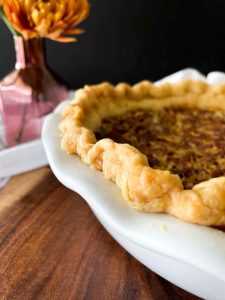 This old fashioned pecan pie is hands down the best pecan pie you'll ever had. This recipe is handed down to me from my grandmother and easy enough for any one to make.
No ratings yet
Print Recipe Pin Recipe
Prep Time 10 mins
Cook Time 55 mins
Course Dessert
Servings 8 slices