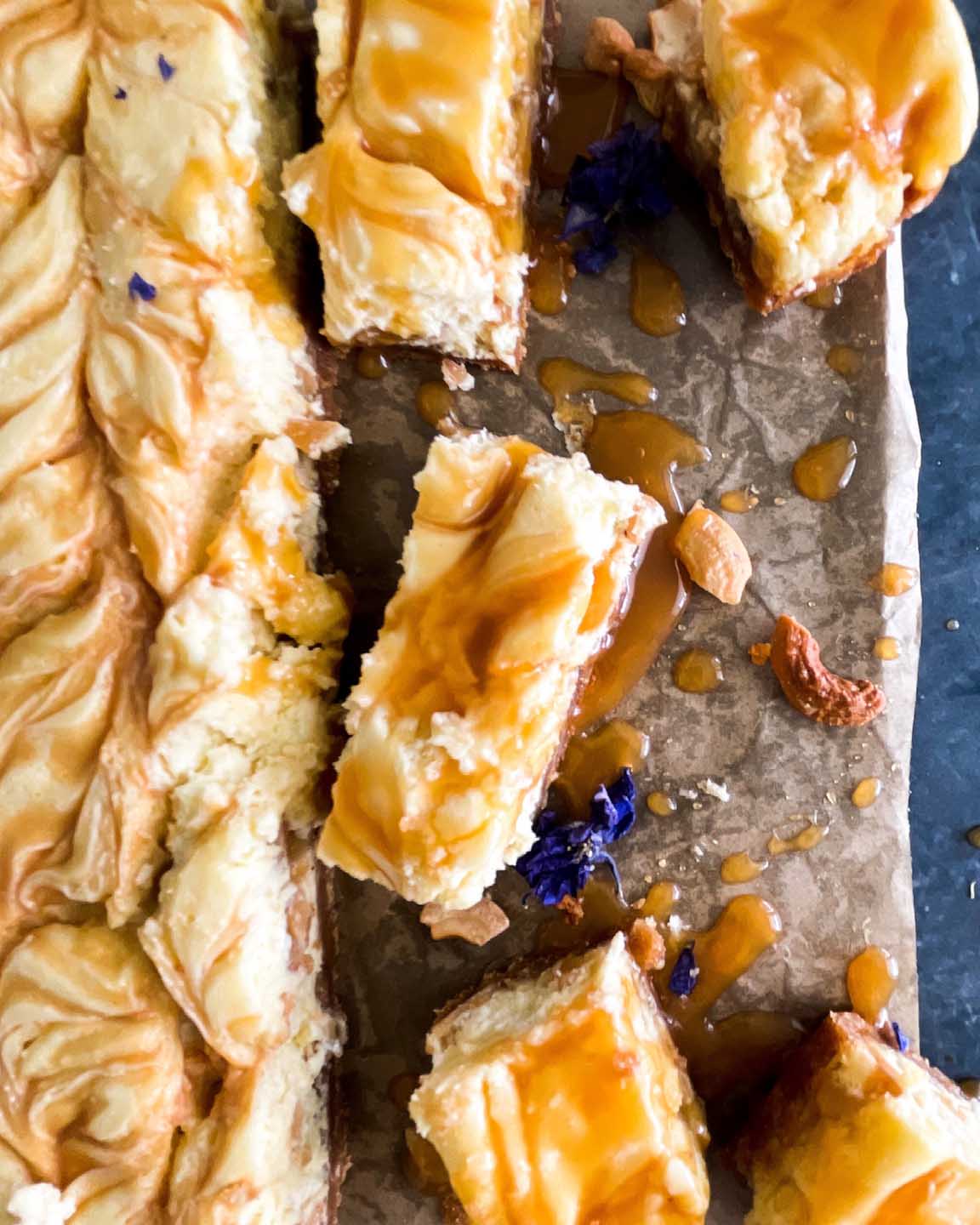 Luscious cheesecakes bars on top of a sweet nilla wafer crust, filled with cashews and swirled with caramel.

The Story Behind the Recipe

I am a sucker for cheesecake. I’m not talking plain cheesecake. That isn’t that exciting for me. Don’t get me wrong, I’ll eat it, but I love the mix-ins, chunks, and other flavors. I don’t think I had the privilege of eating a gourmet slice of cheesecake until I was a teenager. You know exactly what I am talking about – The Cheesecake Factory.

My dad had taken me shopping one weekend down in Raleigh, North Carolina. As he was parking, I noticed this mall had a Cheesecake Factory. I immediately asked if we could go there because I was so intrigued by a place called The Cheesecake Factory. It looked so fancy and ornate. My step-mom was surprised I had never been to one before and immediately insisted that we eat there for lunch. Of course, to our luck the wait was over an hour because we arrived right at the prime lunch time. My dad looked at me and asked if I really wanted to stay, and I just couldn’t say no.

Then within minutes, a guy in front of us turned around and gave us his buzzer. He said he had waited too long and didn’t care to wait any longer. We happily obliged to take his buzzer figuring surely it would be less time than the hour we were told. I kid you not, two minutes later, it buzzed and we were seated quickly.

I was overwhelmed by the menu. It’s literally a book! So many yummy options. I can’t remember what entree I got, but I do remember deciding on a peanut butter cheesecake that had Reese’s peanut butter cups. Heavenly!

The Idea Behind the Bars

I love cheesecake, but rarely make it. It seems like such a hassle, but it really isn’t. I typically make them into bars, like these Raspberry Cheesecake Bars with an Oreo crust. I feel like you can get just the right amount of cheesecake without having a huge slab on your plate by making them into bars.

I had the idea the other day to make caramel cashew cheesecake bar. Caramel and cashew are two of my favorite things, and I thought they would be perfect mixed into a cheesecake. Pair it with a Nilla Wafer crust, and you’re golden. Literally. The crust is golden and the caramel is golden. When my husband took a bite, he asked why I would put nuts in it (he just doesn’t understand nuts). However, that didn’t stop him from eating several pieces.

These come together relatively quickly, but do need time to chill completely in the fridge, so make sure to factor that in before making them. 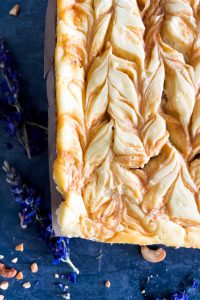