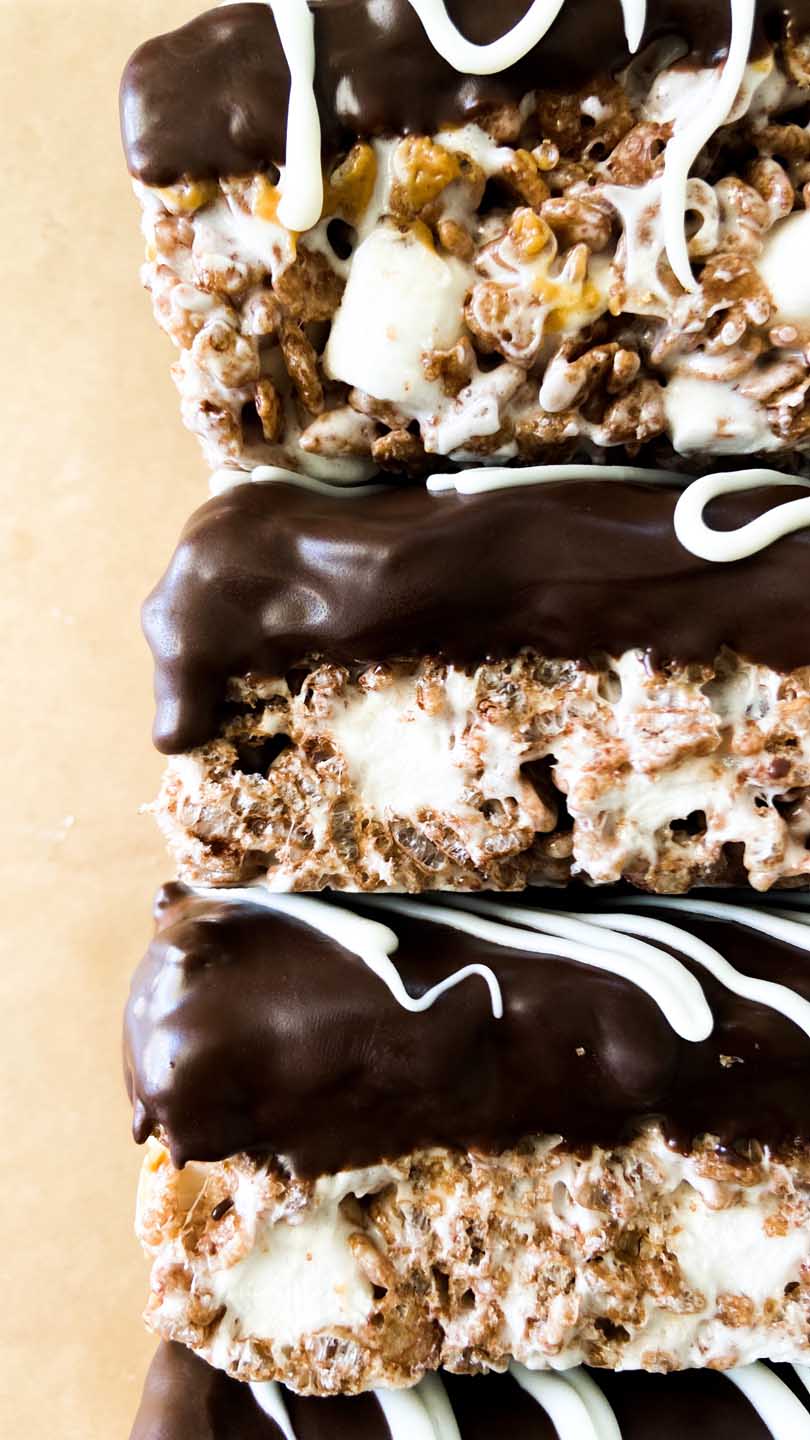 I have always been a Rice Krispie treat lover. It’s one treat that I have a really hard time not going back to the pan and cutting another little piece off. If you’ve been around here for a while, then you have probably seen my other Rice Krispie Treat recipes.

You can find them here.

Those are insanely delicious. If you haven’t made those yet, make sure to put them on you list. I

For my 13th wedding anniversary, we did a weekend staycation in Salt Lake. We stayed at the Grand America, which is the best hotel here in Utah. It was built for the 2000 Olympics. It was the first time I had actually been there with my husband. I had stayed there before with a group of my girlfriends. That was a fun weekend.

It happened to be comic con in SLC, and all of the celebrities were staying there. Now, comic con is not our scene, but it became our scene really fast as we sat in the Grand America hotel lobby. We must have looked really out of place, or maybe it was the 5 week old baby we had with us, but every celebrity walking in stopped at the couch we were sitting on to chat with us. It was such a fun night. We even wound up getting invited to the celeb after party, but being the mom’s that we are, we didn’t go.

The following morning while we waiting for our table at the Garden Cafe that’s in the hotel, we got talking to Sam Jones, who was Flash Gordon back in the day. He told us to come and listen to his Q&A at Comic Con and actually left us tickets for it at will call. We took him up on the offer, and left soon after arriving. It seriously just wasn’t what a group of 5 moms and a 5 week old baby really wanted to be doing. It’s always an exciting adventure at The Grand America.

Anyways, back to my anniversary getaway. It was more of a cookie extravaganza. We stopped at Ruby Snap before heading to the hotel. We picked up a dozen cookies, but while we were there, I noticed their rice krispie treats. They were HUGE and dipped in chocolate. I didn’t buy one, but I knew once I was told they had peanut butter between the chocolate and rice krispie part, that I had to make something like that. So here is my own creation – the chocolate peanut butter rice krispie treat. Enjoy! 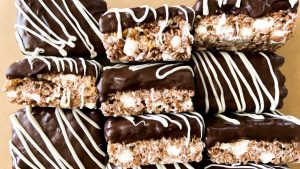