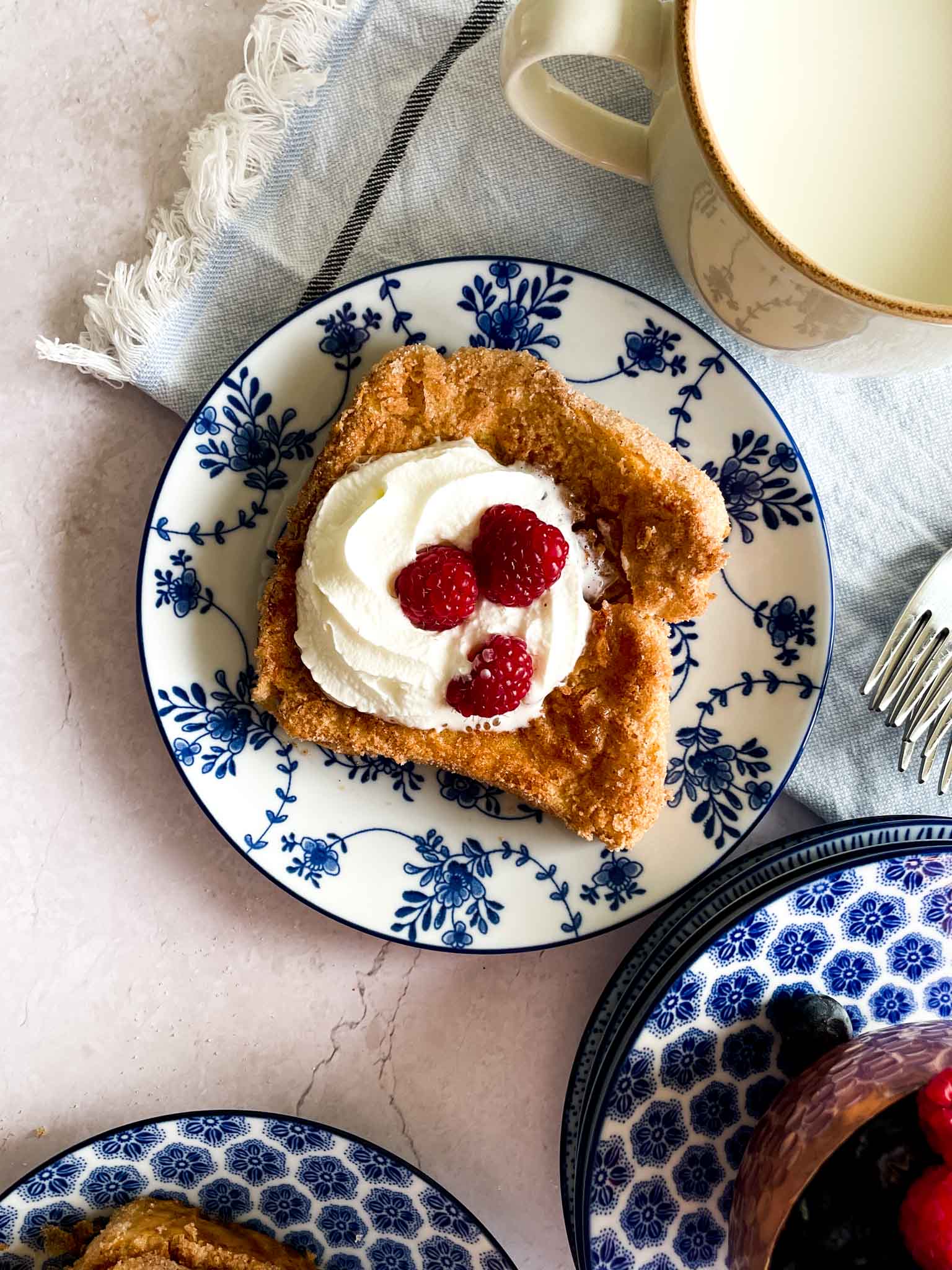 This air fryer fatias douradas recipe is a fresh take on a Portuguese favorite. Fatias Douradas are a quick and easy pastry to make at home and even more delicious in the air fryer.

Since we arrived in Portugal, I have been taking Portuguese language classes. I didn’t think I would enjoy being in a class again, but I have been surprised with how much I enjoy learning something new. Halfway during every class, we take a cafe break and walk to the nearest cafe.

The Portuguese love their coffee and my classmates and teacher are usually there for a cup. Since I don’t drink coffee, I don’t usually get anything since I always have my water bottle. However, on occasion I will go in and grab a pastry.

As it neared closer to the Christmas season, I started noticing different pastries. One caught my eye one day, and I decided I was going to grab it the next class. It was a slice of golden bread covered in cinnamon sugar. I asked what it was and was told they are called “fatias douradas” which translates to “golden slice”.

During our next class, I ordered a slice and gobbled it right up. It was delicious and tasted just like french toast covered in cinnamon sugar. The only difference from typical french toast and fatias douradas is that it had been fried and served cold. I went home and told my husband about it and told him he had to try it too. On our next visit together to a cafe, we ordered a slice. It was equally delicious, but my only complaint was that it needed to be served warm.

This air fryer fatias douradas is exactly what I was envisioning. It still has the traditional Portuguese flavor, but made a little healthy in the air fryer. I even topped it with fresh whipped cream and raspberries. Honestly, I don’t know if the kids or I devoured it faster.

I love that you only need 5 ingredients to air fryer fatias douradas. It’s extremely simple and so delicious!

Additional Recipes You Will Enjoy 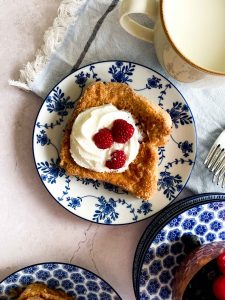 This air fryer fatias douradas recipe is a fresh take on a Portuguese favorite. Fatias Douradas are a quick and easy pastry to make at home and even more delicious in the air fryer.
No ratings yet
Print Recipe Pin Recipe

For the Cinnamon Sugar