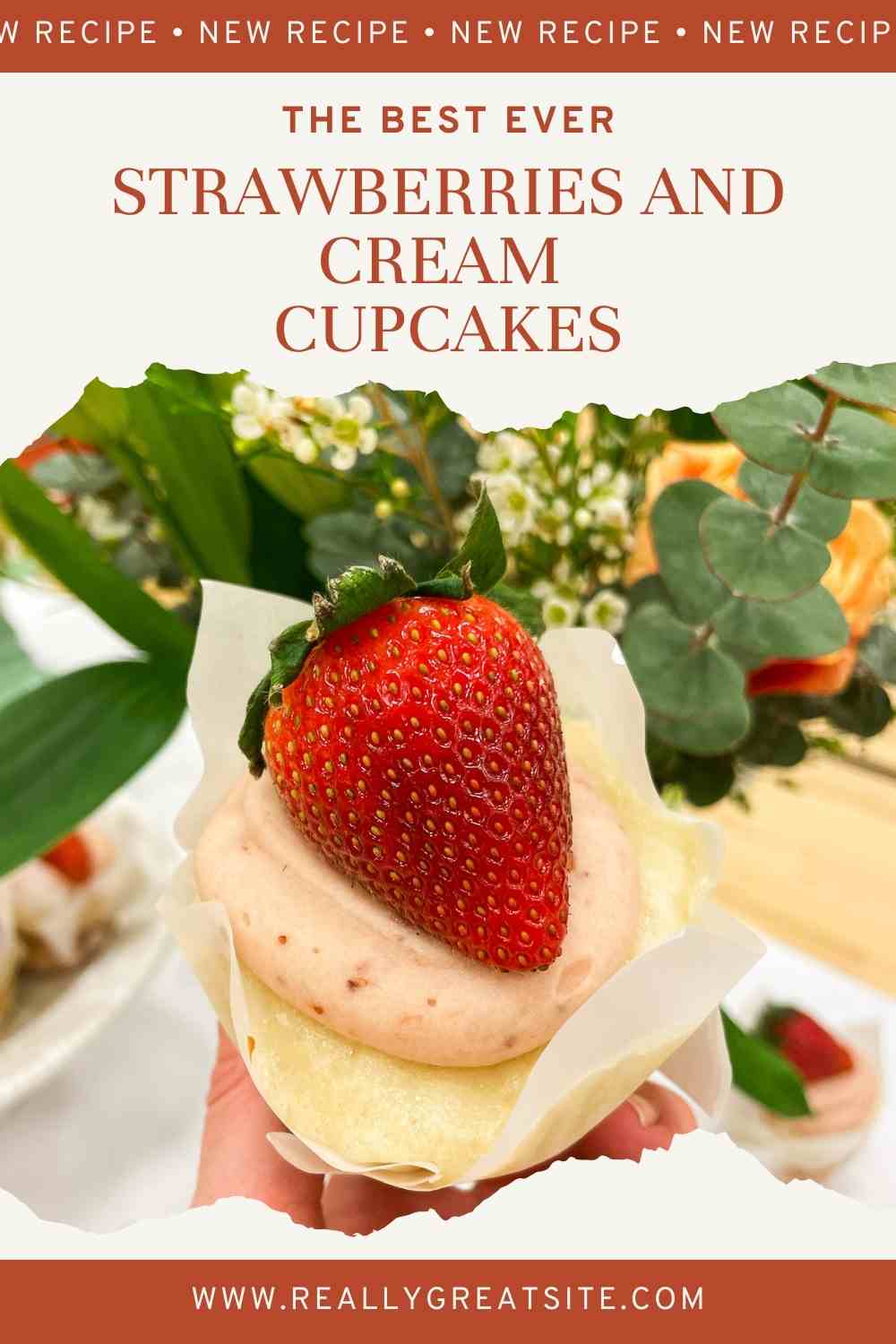 The most amazing strawberries and cream cupcakes you’ll ever have. These vanilla cupcakes are stuffed with custard and topped with strawberry buttercream and whipped cream.

Story Behind the Strawberries and Cream Cupcakes

When I started this blog, I was mostly into baking and decorating cakes. My little cake business kept me extremely busy until I had my fifth child. With the arrival of baby number five, I became a little TOO busy to keep up with my side hustle. Eventually, I decided to scale back. In fact, just this year I have said no to all cake orders.

Even though I was decorating four to five cakes a week, I found that my creativity was stifled. Usually a customer would send me a picture of what they were envisioning and I would try to recreate it. It got to the point where my love of baking and creating was waning.

After I quit taking orders, I found that I missed piping. I decided I would try my hand at making gourmet cupcakes patterned after my favorite cupcake shop, Cravings Alisha’s Cupcakes. My creations were not only beautiful, but there were absolutely delicious. My cupcakes kept finding their way to friends birthday parties and the reviews were great.

These particular strawberries and cream cupcakes were sent to my best friend’s house for her son’s first birthday. Unfortunately, I was out of town for a funeral and couldn’t attend. I received so many texts from the people in attendance saying that they loved these cupcakes. Even my husband, who doesn’t really care for fruity desserts, has requested these on more than one occasion.

I refuse to use a box cake mix, can I use a different cake recipe?

You can absolutely make a vanilla cake from scratch. However, I have been in the “it’s better homemade” boat too. Give this cake recipe a try. I promise you won’t be able to tell the difference because it’s that good.

What can I make ahead of time?

The custard needs to be made AT LEAST one day in advance. As the custard cools in the fridge, it thickens. A thick custard is exactly what you need, and you won’t get that making it the day of.

The strawberry buttercream and stabilized whipped cream can also be made a day in advance. Since each of these recipes contain dairy, you will need to keep them refrigerated.

What jam do you recommend using for the buttercream?

I always use this jam that I purchase at Costco. It has such great strawberry flavor and big chunks of real strawberries. You can use whichever jam you want, but I would steer clear of Smucker’s as that’s not going to give you a good ‘real’ strawberry flavor.

My cores fell apart as I was coring them, what should I do?

That’s okay! Some of mine do that too. I just gather as much cake as I can and put some on top of the custard. If it doesn’t look pretty, that’s just fine. It will eventually be covered up with frosting and cream anyways.

Frosting and whipped cream on top?! Isn’t that a little much?

I have to admit it does sound like a lot, but it works. However, you will see in the pictures that mine are actually missing the cream. I made these for a large conference and we ran out of cream. I called an audible and we just went with it. While these are delicious without the cream, they are even more amazing with the cream.

What is stabilized whipped cream? 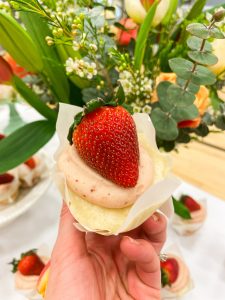 The most amazing strawberries and cream cupcakes you’ll ever have. These vanilla cupcakes are stuffed with custard and topped with strawberry buttercream and whipped cream.
No ratings yet
Print Recipe Pin Recipe
Prep Time 45 mins
Cook Time 25 mins
Course Dessert

For the Whipped Cream

For the Whipped Cream