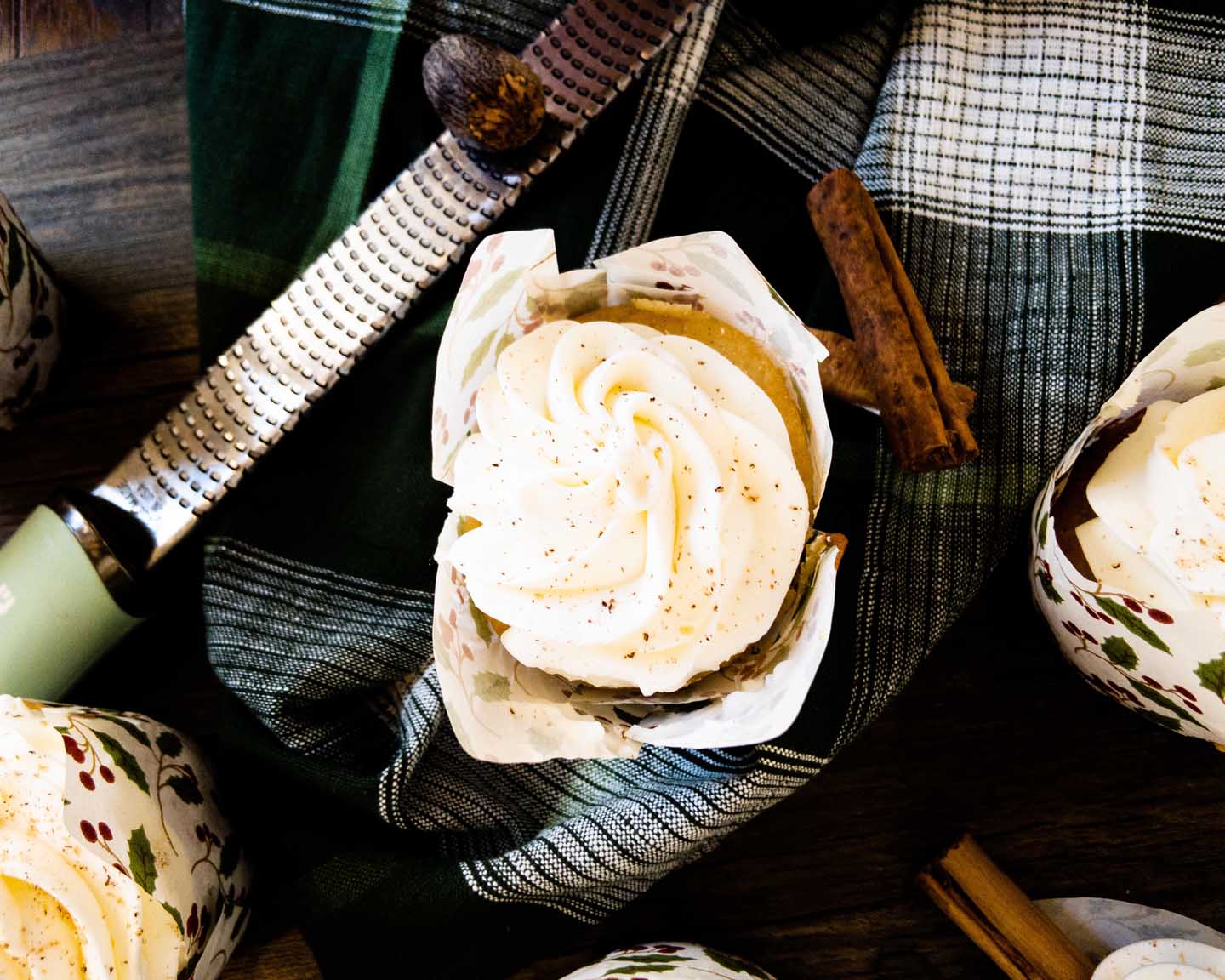 I’m not a huge fan of eggnog. One sip for the season, and I’m good until the next year. However, my husband and kids LOVE it so much. My husband grew up diluting the eggnog with milk to reduce the thickness. I’m not so sure about that because I think one of the best redeeming qualities of eggnog is the thickness.

When Tim and I were dating, we had a movie night with my brother and his wife. My brother asked Tim if he wanted some eggnog. He of course said yes, but then quickly regretted it when my brother returned with a 24 oz. glass full to the brim of thick eggnog. It took him almost the entire movie to drink that glass.

All of my brothers are a bit larger than Tim. In fact, my dad would call Tim, Little Timmy, because he is quite a bit smaller than any man in our family. We joke that Tim had to prove himself that night with the eggnog to show that he could hang with the big guys. Especially since the flag football game my four brothers invited him to participate in got snowed out.

Anyways, I knew I had to create a eggnog cupcake this Christmas season. This cupcake is so fluffy, and despite my dislike for eggnog, I was a fan! To kick the eggnog flavor up another notch, though, I made some of them tres leches. Instead of using cream in the tres leches mixture, though, I replaced it with eggnog. My husband was in heaven. I, on the other hand, thought it was a little much of the eggnog flavor.

This cupcake can be made either way depending on how you like your eggnog! The mascarpone frosting on top is the perfect for this rich cupcake. It’s so yummy. 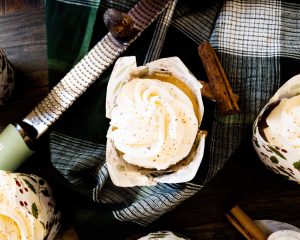 For the Tres Leches Option

*You can use my Mascarpone Frosting recipe