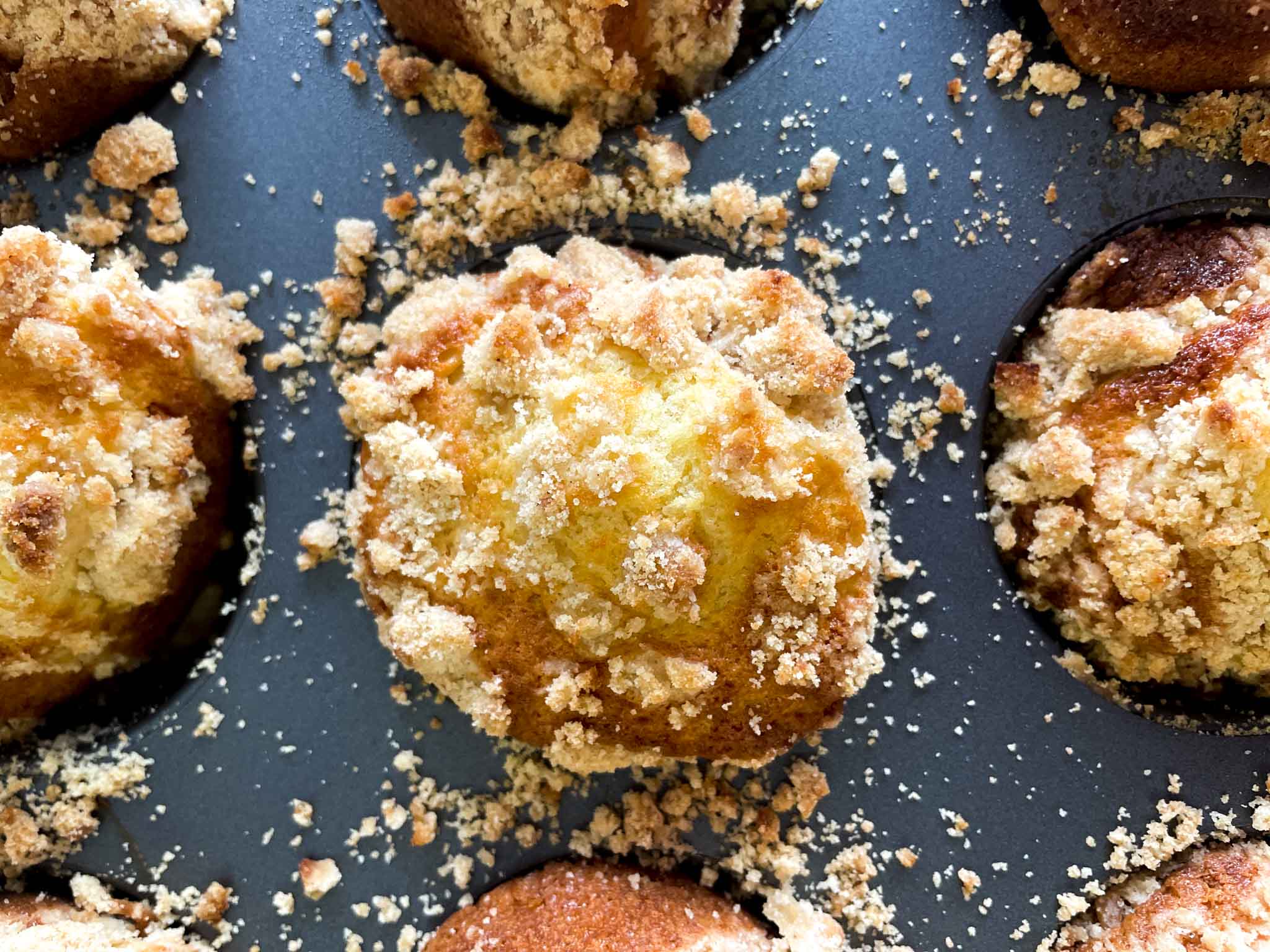 These light and fluffy cinnamon crumb muffins are so delightful as a breakfast, a snack, or even a side to dinner. The sweet cinnamon crumb topping is so scrumptious and the cake is so light and tender it will be hard to not go back for seconds.

Do you ever have those days where everything seems to go wrong? Kudos to you if you don’t. It’s rare here in our family, but yesterday was one of those days for us!

The teachers here in Portugal decided to go on strike for one day, but not all of them. However, we didn’t know which teachers were going on strike until right when school started, so that was a little stressful for the kids not knowing if they were going to have school or not.

I happened to wake up early yesterday with my stomach hurting and decided to go for a walk before I needed to wake the kids up. So I walked for 30 minutes and then came home and started the morning rounds.

My husband took our oldest to school, left her with instructions to call if school wound up not happening. According to our daughter, it was quite the exciting scene when they announced there were not enough teachers to have school. She called my husband who had stopped to get gas so she could get a ride home. Unfortunately, at that exact moment, he discovered our car tire had popped.

We actually need a car here in Portugal. Our kids attend 3 different schools that start at the same time. They happen to be 10 minutes apart from each other too. Luckily, one school is within a 10 minute walk from our home. So I walked those kiddos to school while my husband figured out the car situation. I returned home to find out for sure that the other kiddo was actually going to have class, so I ordered an Uber to get her to school.

I decided to walk the 30 minutes home instead of taking another Uber. So much for that early morning walk. My entire walk home, though, I knew I needed to bake to shake the strange day we were currently having, especially since at that moment I stepped in some fresh dog poo.

For some reason cinnamon crumb muffins came to my mind. I could picture exactly how I wanted it to look and taste.

These turned out exactly how I envisioned them. The muffin part is so tender and light, almost cake-like. The cinnamon crumb topping gives the perfect texture and crunch. These were a huge hit at dinner with our warm bowls of Chicken Noodle Soup. If you have ever had a crumb cake, then these cinnamon crumb muffins will remind you of that!

Can I use muffins liners?

Yes! I prefer to bake muffins without them, but you can definitely use them.

Can I freeze these?

Absolutely! I would suggest freezing them individually wrapped in plastic wrap and thawing them unwrapped.

How should I store these?

These stay great on the counter for 2-3 days as long as they are covered.

If you love these cinnamon crumb muffins, then I promise you will also love all of these recipes as well. 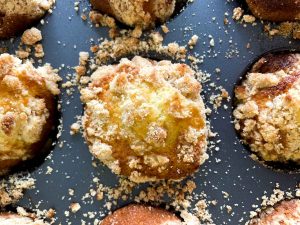 These light and fluffy cinnamon crumb muffins are so delightful as a breakfast, a snack, or even a side to dinner. The sweet cinnamon crumb topping is so scrumptious and the cake is so light and tender it will be hard to not go back for seconds.
No ratings yet
Print Recipe Pin Recipe
Prep Time 15 mins
Cook Time 12 mins

For the Cinnamon Crumb Topping