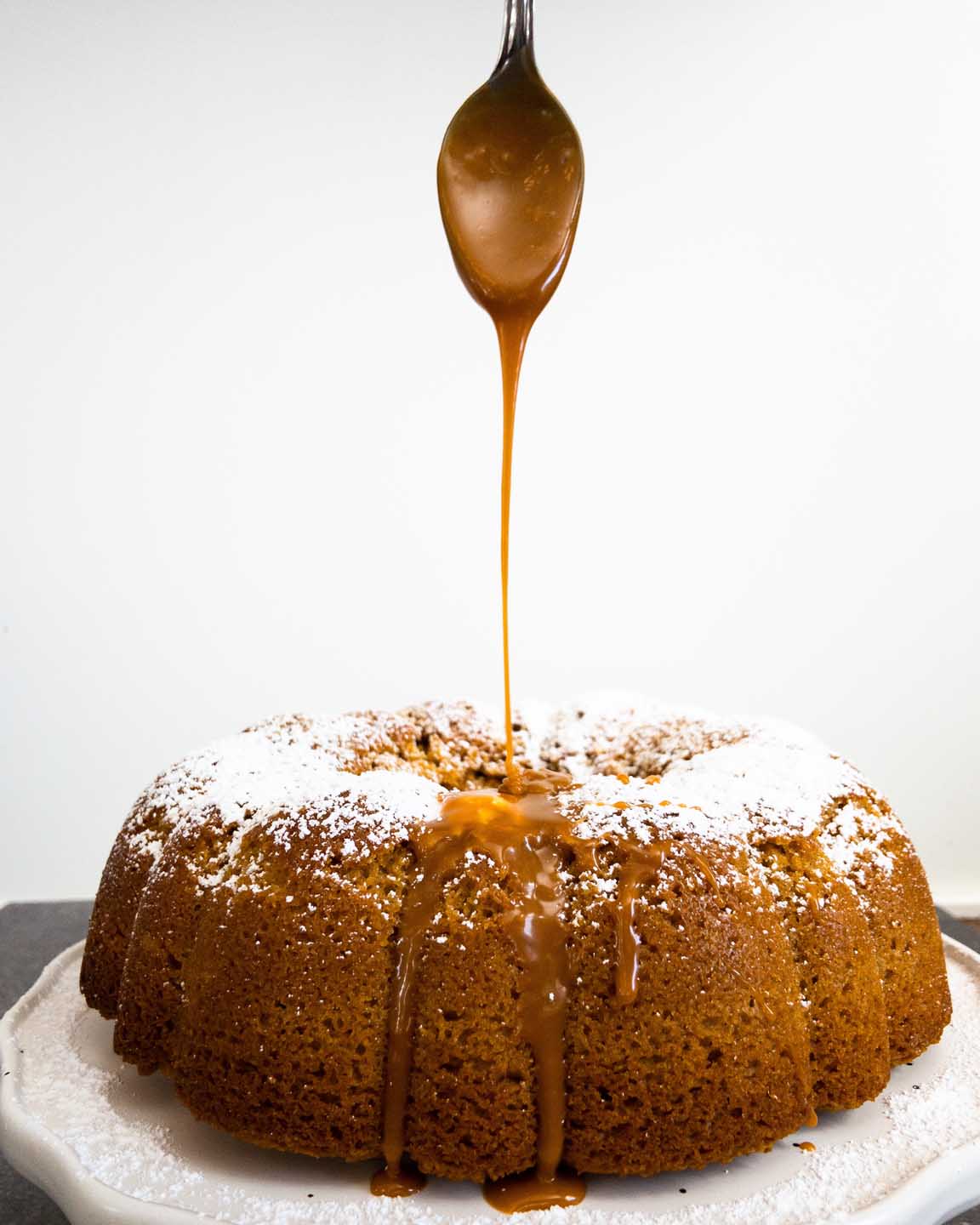 This moist pumpkin cake is covered in a decadent butterscotch sauce. This is sure to impress any guest whether they love pumpkin or not.

Its fall y’all! In my opinion, October, November, and December are the best three months of the year. When the fall weather hit Utah abut two weeks ago, I went to the store to buy pumpkin. I was shocked that the entire shelf was completely devoid of any cans of my beloved pumpkin puree. No organic. No store brand. Nada.

I thought, surely they made an end cap on an aisle or a display towards the front of the store since it was fall. I asked a worker, and he said if it wasn’t on the shelf, they didn’t have any. I said something along the lines of all the pumpkin fanatics must have grabbed it all. Little did he know, I was one of the aforesaid pumpkin fanatics.

I checked Wal-Mart, Target, and even called Trader Joe’s. When I talked to Patty on the phone at Trader Joe’s, she told me there was a nationwide shortage of pumpkin. What?! Seriously, 2020, what else are you going to throw at us? I had previously read on a Facebook post, written by a Libby employee, that there was a shortage because of the crops being late. I guess Patty confirmed it.

Anyways, I reached out to my friend who has a nice stash of food supply and wondered if I could buy some canned pumpkin off of her. Turns out it’s the one thing she doesn’t store.

Lucky for me though, this friend just so happened to go to a grocery store as they were stocking the shelves with caseloads of pumpkin. She bought me eight cans, and I may or may not have gone back a few hours later and bought more cans. So if you need some, I might be able to help you out.

This cake is the first pumpkin recipe I whip up every fall. The butterscotch and pumpkin is a fall fiesta in your mouth. It makes your house smell amazing! The great thing about this cake is there is melted butterscotch chips in the cake batter, and then you make a butterscotch sauce to drizzle on top. It. Is. Amazing.

Hopefully you have some pumpkin stored in your pantry. If not, hopefully it starts getting stocked in you stores soon, you can hit me up if you live close! 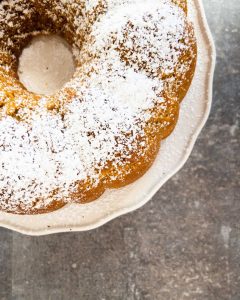 This moist pumpkin cake is covered in a decadent butterscotch sauce. This is sure to impress any guest whether they love pumpkin or not.
No ratings yet
Print Recipe Pin Recipe
Course Dessert